Spring flew by and June is already here! As usual, we’ve got some great new books to ring in the new month. 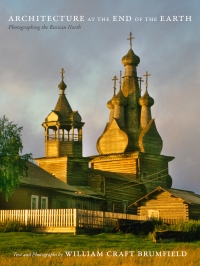 In Architecture at the End of the Earth: Photographing the Russian North, featuring nearly two hundred full color photographs by William Craft Brumfield, the author and photographer documents the architecture of centuries-old wooden and brick churches, cathedrals and homes in the region surrounding the White Sea, which is known as the Russian North.

Nayoung Aimee Kwon examines the Japanese language literature written by Koreans during late Japanese colonialism in Intimate Empire: Collaboration and Colonial Modernity in Korea and Japan. She demonstrates that simply characterizing that literature as collaborationist obscures the complicated relationship these authors had with colonialism, modernity, and identity, as well as the relationship between colonizers and the colonized.

In Uplift Cinema: The Emergence of African American Film and the Possibility of Black Modernity, Allyson Nadia Field recovers the forgotten body of African American filmmaking from the 1910s, which she calls uplift cinema. These films were part of the racial uplift project, which emphasized education, respectability, and self-sufficiency, and weren’t only responses to racist representations of African Americans in other films. 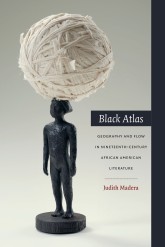 Black Atlas: Geography and Flow in Nineteenth-Century African American Literature presents definitive new approaches to black geography, showing how the rethinking of place and scale can galvanize the study of black literature.