As 2016 comes to a close, we’re grateful for another year of sharing Press news and essential scholarship on our blog. Travel back in time with us as we take a look at our most-viewed blog posts of the year.

“We were saddened to learn of the death this week of Nancy Abelmann, Associate Vice Chancellor for Research (Humanities, Arts and Related Fields) and the Harry E. Preble Professor of Anthropology, Asian American Studies, East Asian Languages and Cultures, and Gender & Women’s Studies at the University of Illinois at Urbana-Champaign, co-director of the Ethnography of the University Initiative, and author of The Intimate University: Korean American Students and the Problems of Segregation (2009) as well as several other books.”

“We are excited to announce the launch of two new born-digital book projects published in collaboration with the Hemispheric Institute of Performance and Politics at New York University. … Dancing with the Zapatistas, edited by Diana Taylor and  Lorie Novak, brings together scholars, artists, journalists, and activists to respond to the continuing work of the Zapatistas twenty years after their insurrection in 1994. … What is Performance Studies? is edited by Diana Taylor and Marcos Steuernagel. This multimedia digital book, available free online, asks thirty leading scholars from seven different countries throughout the Americas the same question: What is performance studies?”

A guest post by Jennifer Doyle on behalf of Social Text

“‘How are gender and sexuality central to the current “war on terrorism”?’ This question opens Jasbir Puar and Amit S. Rai’s 2002 essay ‘Monster, Terrorist, Fag: The War on Terrorism and the Production of Docile Patriots‘ and has become more pressing over time. The alarming news from Orlando caught numbers of us off-guard — not (sadly) because mass shootings are unthinkable. We found ourselves off-balance but because, with Orlando’s news cycle, queer people of color, mostly Latino and mostly Puerto Rican, were quickly deployed, as victims, in the service of the discourse of national security.”

7. It’s Not What You Think: Affect Theory and Power Take to the Stage

“Affect theory is an approach to culture, history, and politics that focuses on the role of prelinguistic or nonlinguistic forces, or affects. Affects make us what we are, but they are neither under our “conscious” control nor even necessarily within the register of our awareness—and they can only sometimes be captured in language. In Religious Affects, I offer an introduction to the subfield of affect theory that is (I hope) accessible to a range of backgrounds. I then explain how affect theory can be linked to other conversations happening in the humanities—including Michel Foucault’s ‘analytics of power,’ the recent ‘animal turn,’ critical secularism studies, and my home field of religious studies. Affect theory helps us understand power by encouraging us to think of power as theater.”

6. For the Liberation of a Pluralist Thinking: An Interview with Roland Barthes

“The most recent issue of Cultural Politics (volume 11 and issue 3) features an interview with cultural theorist Roland Barthes that has never before been published in English. Barthes’ 1972 interview with Japanese academic Shigehiko Hasumi includes discussions of Le Plaisir du texte (1973), and of a restlessness that kept Barthes moving from one critical language to another, ‘as soon as meanings have solidified and acquired the status of stereotype,’ translator Chris Turner writes.”

5. A Wealth of Scholarship on Stuart Hall

“As we announced this spring, Duke University Press is the new home for the work of cultural theorist Stuart Hall. In addition to publishing work by Hall himself in the new series Stuart Hall: Selected Writings, we are excited to be publishing new books and journal issues about Hall and his influence.” 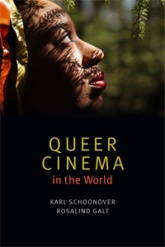 A guest post by Karl Schoonover and Rosalind Galt, authors of Queer Cinema in the World

“In our new book, we attempt to reorient queer film studies away from a largely American and Eurocentric canon and toward non-Western forms of queer filmmaking that have increasingly been important for the circuits of world cinema and local queer politics. Here are ten queer films that we think you should see.” 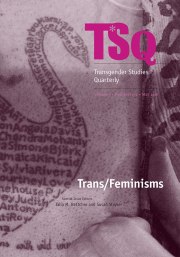 “Feminism and trans activism don’t have to be mutually exclusive, argue the contributors to ‘Trans/Feminisms,’ the most recent issue of TSQ: Transgender Studies Quarterly.

“This special double issue, edited by Susan Stryker and Talia M. Bettcher, goes beyond the simplistic dichotomy between an exclusionary transphobic feminism and an inclusive trans-affirming feminism.”

“Stuart Hall (1932–2014) is widely acknowledged as one of the foremost cultural theorists and public intellectuals of the late twentieth century. Though circulated, read, and taught for decades, Hall’s seminal essays are widely dispersed, with many pieces out of print or difficult to find. A new Duke University Press book series Stuart Hall: Selected Writings brings together Hall’s well-known works with previously unpublished ones to create a portrait of his wide-ranging intellectual and political investments.”