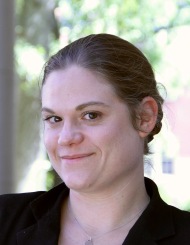 The epidemic levels of violence affecting Mexico made international headlines this past month when a report by the International Institute for Strategic Studies declared it the deadliest nation in the world after Syria, with a toll of 23,000 homicides in 2016. While the report’s critics called for greater nuance than this headline offers, there is no question that the conflict poses a profound threat to the very fabric of public life in Mexico. Criminal organizations challenge the government’s control of territory and its exclusive privilege to exercise physical force (its monopoly on violence, in sociologist Max Weber’s terms), although widespread corruption makes any sharp distinction between state and criminal actors difficult to sustain. Violence’s capacity to terrorize is amplified by unspeakable displays of cruelty—the staging of victims’ bodies in public spaces, the circulation of images of torture and murder online—even as forced disappearances and clandestine mass graves mask the conflict’s true extent.

As I observe in my book Public Spectacles of Violence, the proliferation of graphic images of violence and the blurring of boundaries between state and criminal aggression are far from a new phenomenon in Mexico. During the Mexican Revolution of 1910-1920—arguably the twentieth-century’s first social revolution—novel forms of visual culture like illustrated newspapers and magazines, postcard photographs, and film offered a flood of images of combat, executions, hangings, and ravaged bodies. Sparked by opposition to the thirty-five year dictatorship of Porfirio Díaz, the revolution claimed an estimated 1 million lives in a country of 12 million, drifting away from democratic ideals and rural demands for economic equality. The character of the conflict—marked by prolonged struggles between military factions defined more by their charismatic leaders rather than by their ideologies—continually threw into question the legitimacy of the deadly use of force and attacks on private property. 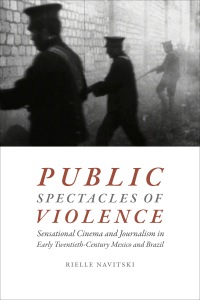 This crisis of political legitimacy is evident in the earliest box-office success of Mexican cinema, a 1919 crime film entitled El automóvil gris (The Grey Automobile). Based on the exploits of a criminal gang who traveled in the grey automobile of the film’s title and committed robberies dressed as soldiers from the army of Venustiano Carranza, El automóvil gris was shot by cameraman Enrique Rosas in an effort to mend the reputation of General Pablo González, who was suspected of complicity in the crimes. Patterned on popular crime films produced in France and the United States, El automóvil gris also drew on Mexico City’s sensationalistic press, which presented acts of robbery, kidnapping, and murder as signs of local modernity, since they demonstrated that the capital suffered the same social ills as industrialized metropolises like London, Paris, and New York. Implicit in these accounts of criminality was an acceptance of industrialization and urbanization’s social costs as the price of progress, measured by the standards of Europe and the United States.

As I hope to show in my book by examining parallel developments in the early mass cultures of Mexico and Brazil, the profound impact of violence on public life in modern Latin America cannot solely be attributed to failures of state formation or economic development in individual nations. Instead, it must be understood in light of the global dynamics of the capitalist economy, its role in the circulation of commodities and images, and its production of inequality. Commentators note that present-day criminal organizations in Mexico—whose ranks are swelled by young men with few opportunities in the formal economy—borrow and extend the business strategies of multinational corporations. In his book Narconomics, journalist Tom Wainright notes that Mexican cartels benefit from outsourcing select activities to Central American countries where operating costs are cheaper, and expand rapidly by lending their names and reputation to locally rooted criminal groups in a process akin to franchising. Observing the role of conspicuous consumption in cultures of organized crime in Mexico, Ed Vulliamy wrote in 2011 that “the greed for violence reflects the greed for brands, and becomes a brand in itself.” Observing that drug trafficking exemplifies the free flow of commodities underlying the 1994 North American Free Trade Agreement, he provocatively describes the accompanying violence as “the inevitable war of capitalism gone mad.”

In their response to the IISS report mentioned above, Mexico’s foreign and interior ministries stressed the transnational character of the current violence, fueled by demand for narcotics north of the US-Mexico border and the flow of illegal firearms south from the United States. (A 2014 study found that arms purchased in the United States account for at least 70 percent of the weapons used in the conflict). Rather than remaining as spectators of this horrific conflict—or worse, turning away our gaze—it is essential that we examine our own position within the flows of narcotics, weapons, and images fueling it. Attending to its historical echoes can better attune us to the national and transnational forces that forge public spheres profoundly marked by spectacles of violence.

Read the introduction to Public Spectacles of Violence free online, and save 30% on the paperback using coupon code E17NAVIT on our website.