John Lindsay-Poland is Healing Justice Associate at the American Friends Service Committee. He is the author of numerous articles, reports, and books, including Emperors in the Jungle: The Hidden History of the U.S. in Panama and The Rise and Fall of “False Positive” Killings in Colombia and the Role of U.S. Military Assistance, 2000-2010. In his new book, Plan Colombia: U.S. Ally Atrocities and Community Activism, Lindsay-Poland draws upon his human rights activism and interviews with military officers, community members, and human rights defenders to describe grassroots initiatives in Colombia and the United States that resisted militarized policy and created alternatives to war.

What initially drew you to this project? How did the 2005 massacre in the San José de Apartadó Peace Community become the focus of your inquiry?

In the late 1990s, Colombia was experiencing 14 political murders a day, and Washington was ratcheting up its military involvement, which already had a long history, yet very few people in the United States were talking about it. When I visited San José de Apartadó in 2000, the war was all around them, they were determined to resist it, and I was moved by their commitment to each other—the “community” part of being a Peace Community. So the organization I worked for, Fellowship of Reconciliation, started a project to accompany the community to strengthen their security.

The massacre of two families, including three children, in 2005 during an Army-paramilitary operation, followed by the military’s cover-up, caused indignation among many people, and it deeply affected the community and our band of accompaniers. It was an example of how the U.S. narrative of fighting a war on drugs in Colombia was both untrue and wrong. And our presence in the community gave us an intimate and privileged view of that. The community’s and accompaniers’ versions of the atrocity had to be told. 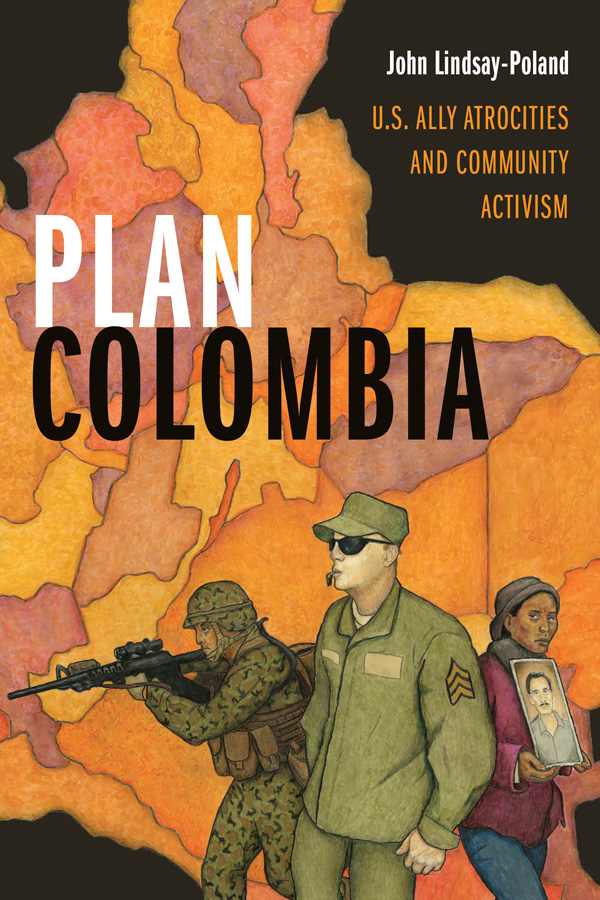 How does human rights activism inform your approach to historical research and writing? In the same vein, how has historical inquiry influenced your activism?

My activist work led me first to seek out and hear the stories of people impacted by the policies of the United States, my country, then to meet with the policy-makers and military officers who are enacting these policies, and to do both of these over a long enough time that I began to see the patterns as well as the blind spots in the narratives, especially of people in government. So many of these folks believe that anything the United States does will have a positive effect, but don’t stick around to see their impact.

I also saw how valuable both testimony and quantitative data are for policy advocacy, and worked with human rights groups to assemble data in ways that could be used in policy discussions—for example, by identifying military units responsible for civilian killings in order to deny aid to them, under U.S. law.

Your book features striking testimony of victims of armed conflict. What tribute did you wish to pay to these figures?

I was moved by the determination of women and men in communities in the midst of war, such as the Peace Community of San José de Apartadó, who denounced its violence and took an independent path. For many of them, “victim” was not a term of passivity.

If from the outside you perceive only violent actors, as is often portrayed in media accounts, then it’s easy to believe that the only way for outsiders to engage the conflict is to support the violent group that is least objectionable. But in Colombia—as elsewhere —communities resist displacement to farm their lands, organize local power to hold armed groups accountable, develop nonviolent guard cells, and resist war and injustice from their identities as feminist, labor, indigenous, Afro, youth, campesino, religious, and international communities. If people facing such overwhelming circumstances can create and resist, what can we—readers in our own circumstances—do in solidarity with these communities, and in our own communities that also face structural violence?

What resources does Plan Colombia provide for activist readers interested in creating peace in the region? How can readers get involved in peace activism in Colombia?

While much of Plan Colombia analyzes U.S. policy at the macro level and narrates the Peace Community, the massacre that took place there, and its aftermath, there is an important chapter on projects of life. One of the most important things readers can do is to visit Colombia, especially in human rights delegations like those organized by Witness for Peace and Global Youth Connect. Groups like Peace Brigades International, Colombia Support Network, and the Latin America Working Group also publish useful resources and actions people can take.

What do you see as the political and ethical consequences of your intervention?

International accompaniment of campesino communties in Colombia and elsewhere establishes a different relationship between those who’ve been harmed by empire and war, on one hand, and those who—like it or not—have benefitted from them. It places accompaniers in a role of support for people who’ve historically faced structural violence, while also using our position to reduce the risk of attack. This book grew from that relationship. Besides the precedent set by accompaniment, we worked to change U.S. policies from above that were wreaking havoc on many levels.

What contentious or controversial material can readers find in your book?

Although the normalization of war can make it seem ordinary, armed conflict is by its nature contentious, and what is accepted truth for some provokes anger and indignation in others. The book presents stories and analysis of the Colombian army’s “false positive” killings—murders of civilians later claimed as combat deaths. I also examined what role the United States played in both the forces that fed the “false positive” murders and the pressures that led to their decline as a systematic army practice. I think the evidence is strong, but it contradicts the dominant conclusion that Plan Colombia is a model that the United States should replicate in other conflicts.

What is the central lesson you want readers to take away from Plan Colombia?

Plan Colombia serves as a template for Washington’s military interventions all over the world, from Syria to the Philippines to Mexico, with few U.S. boots on the ground and a heavy investment in client military forces. U.S. intervention has become normalized in many forms, but its impacts on violence and on communities are rarely scrutinized. They should be.

How do you foresee U.S.-Colombian relations evolving in the coming decade?

The two countries remain strong military allies. U.S. military aid actually increased in the wake of the 2016 peace accord between the Colombian government and FARC guerrillas, supposedly to fill a vacuum created by guerrilla demobilization. The Trump administration is reigniting the drug war, and the land issues at the root of the conflict are also heating up, leading to more killings of social leaders. Unless people in the United States examine and prioritize the impacts on the ground of Plan Colombia, I am concerned that the cycle of hubris and violence will continue to repeat itself. The people-to-people relationships like those recounted in Plan Colombia will still be critical.

Read the introduction to Plan Colombia free online, and purchase the paperback for 30% off using coupon code E18PLAN.