Join us today in wishing pioneering anthropologist Esther Newton a happy eightieth birthday. We are proud to have published three titles by Newton and invite you to revisit them in her honor today.

Newton’s editor, Ken Wissoker, shares, “For as long as I can remember, Esther Newton has been a guiding presence in queer anthropology. When I started as an editor, I would sometimes sit with her and Elizabeth Kennedy at talks, watching what she had helped birth in the legendary Mother Camp grow into a major part of the field. Our collaborations on Margaret Mead Made Me Gay and on her memoir My Butch Career are highlights of my time at the Press, books that will carry her work for queer generations to come. 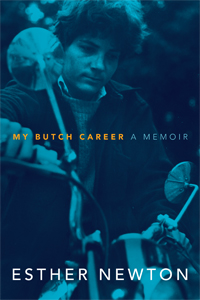 In her memoir My Butch Career (2018), Newton tells the compelling, disarming, and at times sexy story of her struggle to write, teach, and find love, all while coming to terms with her identity during a particularly intense time of homophobic persecution in the twentieth century. Despite having written the now-classic text Mother Camp (1972), she was denied tenure twice. But by age forty, where My Butch Career‘s narrative ends, she began to achieve personal and scholarly stability in the company of the first politicized generation of out lesbian and gay scholars with whom she helped create gender and sexuality studies.

While My Butch Career mingles personal reflection on her upbringing, her parents, and her love affairs with her struggle to be recognized professionally, Margaret Mead Made Me Gay (2000) is more of an intellectual memoir that chronicles the development of her ideas from the excitement of early feminism in the 1960s to friendly critiques of queer theory in the 1990s.

In 2014, we brought Newton’s book Cherry Grove, Fire Island, originally published in in 1993, back into print in a teachable paperback edition. The book is a cultural history of the gay and lesbian vacation town near New York City, where she herself vacationed for many years. Her ethnography was deeply personal. In an interview with Cultural Anthropology, she recounts, “I gave a book party in the Grove to sell books, but also to do a slideshow, to give something back to the community. What people really were interested in, though, was to go to the index and look for their own names.”

A movie about Newton is in the works. One scene was filmed at the Duke University Press booth at the 2018 annual meeting of the American Anthropological Association, where we launched My Butch Career. We can’t wait to see it!

These days Esther Newton is retired and splits her time between Michigan, where she was previously a professor of American Culture and Women’s and Gender Studies, and Florida. She enjoys spending time with family and doing agility training with her dogs. When interviewed for Queer Forty a few years ago, she said, “The second half of life does hold pleasures. We are not as hot as we once were, but we can know the pleasures of long term life partner relationships and friendships. . . . Some of the uncertainty and anxiety of the earlier years do abate. And I have found that there is such a thing as wisdom.” 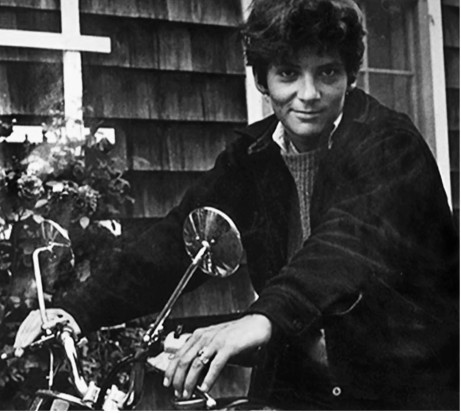 Thank you, Esther, for all the wisdom you have shared through your scholarship, and Happy Birthday!