Today is National Anthropology Day! The American Association of Anthropologists states that “anthropologists are innovators and creative thinkers who contribute to every sector of society,” and we couldn’t agree more. To celebrate, AAA has teamed up with universities and other institutions nationwide, to share and celebrate the many ways in which anthropology affects our lives, both big and small. Check here to see if an event will be hosted near you!

Anthropology can cover a wide variety of topics– from climate change and our disappearing beaches, to indigenous exploitation around the world; to the use and availability of pharmaceuticals and hospitals from Africa to Papua New Guinea. Anthropology can inform the theoretical, the concrete, and even poetry; it can be used to understand the past and be applied to our understanding of the future.

Is your interest piqued? We have lots of great anthropology titles to check out here. Some of our most recent titles include:

In Give a Man a Fish: Reflections on the New Politics of Distribution, James Ferguson examines the rise of social welfare programs in southern Africa in which states give cash payments to their low income citizens. These programs, Ferguson argues, offer new opportunities for political mobilization and inspire new ways to think about issues of production, distribution, markets, labor and unemployment. 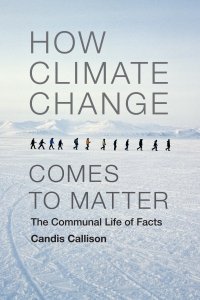 How Climate Change Comes to Matter: The Communal Life of Facts, by Candis Callison, is a rich ethnographic account describing the processes by which climate change comes to matter collectively and individually, and how vernacular explanations of climate change reflect diverse ways of knowing and caring about the world. 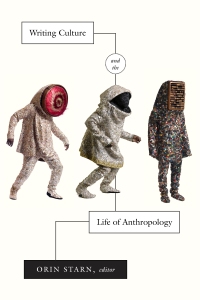 Using the influential and controversial Writing Culture as a point of departure, the thirteen essays in Writing Culture and the Life of Anthropology, edited by Orin Starn, consider anthropology’s past, document the current state of the field, and outline its future possibilities.

In Loneliness and Its Opposite: Sex, Disability, and the Ethics of Engagement, Don Kulick and Jens Rydström argue that for people with disabilities, being able to explore their sexuality is an issue of fundamental social justice. The authors analyze how Sweden and Denmark engage with the sexuality of people with disabilities; whereas Sweden hinders sexuality, Denmark supports it through the work of third-party sexual helpers.

Purnima Mankekar offers a new understanding of the affective and temporal dimensions of how India and “Indianness,” as objects of knowledge production and mediation, circulate through transnational public cultures in Unsettling India: Affect, Temporality, Transnationality.

Steeped in more than a decade of ethnography on the emergent middle class of Barbados, Entrepreneurial Selves: Neoliberal Respectability and the Making of a Caribbean Middle Class, by Carla Freeman, turns a spotlight on the entrepreneur, a figure saluted across the globe as the very embodiment of neoliberalism.

To learn more, check out our extensive list of anthropology titles, and read their introductions on Scribd.