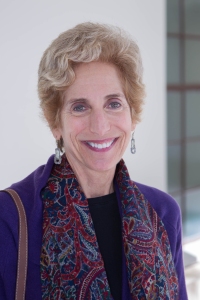 Sharon R. Kaufman is Professor Emerita and Chair, Department of Anthropology, History and Social Medicine at the University of California, San Francisco. Ordinary Medicine: Extraordinary Treatments, Longer Lives and Where to Draw the Line is an ethnography about the dilemmas 21st century American health care poses.  Centered on the intersection of medicine, our aging society and the concerns raised by today’s treatment options, the book is about the structure and culture of the entire biomedical health care enterprise, from research funding for treatments, to what is reimbursed by insurance companies, to what is considered standard and necessary and why, to what, ultimately, patients and doctors talk about and decide to do. It reveals how the organization of the system determines so much of what happens to everyone and why it is so difficult to see the line between ‘enough’ and ‘too much’ medical intervention.

What is the medical-industrial complex and is there a way to counteract its effects on how we experience illness and death?

In 1980 Arnold Relman, then editor of the New England Journal of Medicine, coined the phrase “medical-industrial

complex” to describe the ways science, medicine, profits and politics were becoming entangled and were beginning to have a growing impact on health care.  Inspired by President Eisenhower’s earlier coinage of the term military-industrial complex, Relman defined that new health care complex as “a large and growing network of private corporations engaged in the business of supplying health-care services to patients for a profit.”

I draw attention to that complex in Ordinary Medicine.  The worries Relman articulated in 1980 were about the corporatization of health care, the rise of the medical marketplace and the demise of medicine as a social good.  His worries were prescient of course.  The contemporary medical-industrial complex I describe in Ordinary Medicine shows the ways in which the commercial business of health care has grown enormously since the 1980s.  For example, biomedical research in the United States is a $100 billion enterprise today, largely funded by private industries.  The market-driven, market-expansion goals of the pharmaceutical, device and biotech companies have a greater influence on the development and use of treatments than ever before.  Private industry largely determines which therapies will be investigated in clinical trials and other studies and which patient-consumer markets will be exploited. As a consequence, its role in shaping what doctors recommend and what patients ask for has increased dramatically in the past several decades, and it continues to increase.

Because the medical-industrial complex shapes the clinical trials enterprise and what we have come to regard as evidence-based medicine, because that complex churns out new diagnostic procedures and therapies at an unprecedented rate, and because it guides physicians and patients in their thinking about treatment options, there is no way to counteract its effects, per se, on how we experience illness and advanced age.   We can, however, be mindful of those effects when we consider whether to employ every new treatment modality that comes along to fight the ills – and the inevitability– of old age and approaching death.

How do we reconcile the fact that developed countries like the US are “overmedicated” while countries in Africa and Asia can be in urgent need of better health care? Should we pursue progress in health care as a global goal?

It is indeed difficult to contemplate the disparity between overtreatment, the exorbitant cost of treatments and the intensive therapies given to those near the end of life in the U.S. while so many others – within our nation as well as throughout the developing world — cannot gain access to what are today considered preventive and curative interventions.  Yes, we should pursue progress in health care as a global goal.  But the American experience, especially our culture of complaint about too much technology near the end of life, should be viewed as a cautionary tale for other locales.  What do we mean by medical progress in the first place?  As the most advanced technologies in the industrialized world come to be taken up elsewhere (for example, ventilators in intensive care units; costly cancer drugs; cardiac implantable devices; expensive diagnostic and surgical tools) the question, “what kind of progress?” looms large.   This is a rich area of study for anthropologists, sociologists and public health scholars and will continue to be so in the future.

What are “living donors”?

“Living donors” are individuals who decide to give a kidney or a portion of their liver to a sick person in need of an organ.  There are at least several reasons why transplantation with organs from living donors is occurring with increasing frequency today. Medical science has shown that most individuals can live healthy lives with just one kidney, and giving away a portion of one’s liver does not undermine health. Demand for organs far outpaces the deceased donor organ supply. Today over 100,000 people are on the U.S. national waiting list for a deceased donor kidney. Yet the number of available kidneys has remained static, at about 13,000, for more than a decade.  Older persons now contribute to the growing demand, and approximately 15% of the deceased donor supply goes to persons age 65 and over.  Studies reveal that recipients of kidneys from living donors live slightly longer on average than those who get kidneys from deceased donors. Taken together, these facts put enormous pressure on families, friends, acquaintances and sometimes strangers to offer to donate a kidney to someone in need.  Finally internet solicitation of living donors has emerged in recent years, contributing to the ordinariness of asking for, offering, and accepting a kidney from a living person.

Are quandaries about options, costs, obligations, and risks also present in medical arenas other than terminal illness, such as pediatrics or obstetrics?

Yes. The value of patient autonomy in health care, together with the demise of physician paternalism, has placed the onus for decision-making on patients, and often on their families.  Quandaries arise for patients and sometimes for doctors in all branches of medicine when more than one treatment option for a particular problem is available. And there is always the potential choice of no treatment.  Which option to choose is particularly troublesome in the case of life-threatening illness, regardless of age. For example, are the risks of one treatment greater than another, or greater than no treatment? Will the costs of all treatments, especially experimental therapies, be covered by insurance?

Are all life-prolonging procedures negative?

Certainly not!  Medicine’s ability to prolong wanted life through both low-tech and high-tech interventions is positive.  The problem of where to draw the line arises because of the perfect storm we find ourselves in today. The socio-medical imperative to employ those life-prolonging and death-defying techniques now exists in an ever-aging society in which private industry churns out greater numbers of interventions than ever before; in which no age or cost limits exist for Medicare reimbursement of those procedures; in which many older persons, their families and their health providers must consider whether additional treatment will bring with it pain and suffering; and in which saying ‘no’ to advanced, expensive or new procedures seems somehow suspect or ethically wrong. These features of American society and health care organization have spurred our currently lively national conversation about whether staving off death is always the best thing to do.

Where should we draw the ethical line between putting a brake to excessive treatment and the patients’ and their family members’ wish to stay alive?

There is no easy or precise answer to this question.  The reasons this question has become a pressing socio-cultural theme today are the subject of Ordinary Medicine.  Our insurance industry has not been able to create guidelines for such a line. When Medicare, our national health insurance system for citizens age 65 and above, was established in 1965-66, no cost or age limits were set on reimbursement for therapies. Though the subject of limits to reimbursement – one means for drawing such a line — has been broached in the years since then, there has not been the political will to change the status quo. Neither physicians nor consumers of health care have been able to effectively draw such a line either, and both groups show great variation in on-the-ground practice.  For more than two decades doctors have complained that some patients and their families demand treatments that are futile and may cause suffering at life’s end. On the other hand patients and families also complain that physicians pursue aggressive treatments way too long, sometimes against their wishes. In my experience both views are correct and both groups are culpable.

How would you relate Ordinary Medicine to your previous book, And a Time to Die?

Ordinary Medicine is the companion volume, or prequel, if you will, to ...And a Time To Die.   I examined one feature of the quandary about enough or too much treatment and when to stop in …And a Time to Die. There I described hospital death and the social and structural forces that shape the ways many Americans die in the United States.  I explained how, unless and until someone says stop, the bureaucracy of the American hospital itself “moves things along” by channeling doctors and patients toward the most intensive, aggressive treatments, even when people claim they do not want those treatments, and even when death (which is rarely mentioned or expected) is imminent.  But what happens in the hospital when a patient is near death provides only one piece of the answer to why the default setting of medicine is more treatment.   Ordinary Medicine examines the upstream forces, beyond hospital walls, that are at the source of the standard more-is-better approach and that shape the organization of medical treatments.  The new book focuses on the multi-billion dollar research enterprise, especially the ascendance of the value of evidence-based medicine and the surge in clinical trials that shape so much about health care delivery since the turn of the millennium.

Those developments, in turn, determine insurance reimbursement, standards of care, and what physicians and patients agonize over and decide to do.

How has the medical scene changed in the past ten years?

The good news is that despite the increased influence of the drug and device companies in promoting the use of aggressive treatments in later life, and even though the technological imperative in medicine remains a powerful driver, the medical scene has changed in the past decade for the better and continues to do so.  Palliative care has been accepted by greater numbers of doctors, patients, families and hospitals than in the past.  It is taught in medical schools.  A groundswell of books, medical articles, and reports in mainstream media outlets has appeared describing the problem of too much technological intervention for persons in later life and what needs to change.  The right-to-die consumer movement in health care has gained adherents and makes front-page news. Solutions to waste, overtreatment, futile intervention and patient and family suffering have been implemented in many medical centers and physician groups.  Hospitals, patient advocacy groups, and regional health care systems are working in various ways to change the default away from more so that age, comfort, meaning and mortality are acknowledged.  Yet there is still a long way to go because of the contradictory fact that we desire advanced, even experimental medical interventions without limit at the same time that we deplore the overuse of those tools and the suffering they sometimes cause.  In that way the quandary of the line continues to have profound effects.

You can order Ordinary Medicine from your favorite local or online bookstore, or call 888-651-0122 to order directly from Duke University Press. Use coupon code E15KAUFM to save 30%!