Here is another Olympic update from Rio by Daryle Williams, Associate Professor of History at the University of Maryland and co-editor of The Rio de Janeiro Reader: History, Culture, Politics.  Follow him on Twitter @DaryleWilliams and with the hashtag #RioReader.

Brazilians (and Brazilianists) possess a deep fondness for top rankings. Brazil is the world’s fifth largest in territory. The Amazon is the world’s biggest river. The national soccer team has the most World Cup victories. The highly distressed national GDP still ranks above all but eight other countries. The City of Rio de Janeiro appropriately follows suit. Carioca Carnaval has branded itself A Maior Show da Terra [The Greatest Show on Earth]. The city was recently ranked third in the world for traffic congestion. By some measures, Rocinha is the largest favela in Latin America. The XXXI Olympiad has brought to Rio the largest contingent of female competitors in Olympic history.

At 486 square miles and approximately 6.5 million inhabitants, Rio is not the Brazilian federation’s largest in territory, population, or economic output. Nonetheless, The Marvelous City is Big. The Olympic City is Really Big.

Since arriving last Thursday, it’s been hard for me to wrap my mind around the size and scope of Olympic Rio. I was comfortable enough with the map of venues dedicated to the Opening and Closing Ceremonies, archery, sailing, beach volleyball, and rowing  — an arc from the close-in neighborhoods of the Zona Norte and Zona Sul that basically map the Rio that I know as a historian and sometimes resident. From futebol at Maracanã to a samba school desfile in the Sambódromo, from the Brazilian National Archive off Av. Presidente Vargas to the Brazilian Historical and Geographic Institute in Glória, and between my former apartments in Laranjeiras and Copacabana, I can easily envision the principal locales and locals of the central Olympic zones. On the other hand, my grasp of the Olympic Park in far-away Barra da Tijuca is tenuous, having been to the region just a handful of times over the past quarter-century. My knowledge of Engenho de Dentro — home of track and field competitions at the Olympic Stadium (Engenhão) — is purely theoretical. Deodoro — site of dressage, pentathlon, and various extreme sports — is absolute terra incognita for me.

Since the start of competition, I have attended men’s gymnastics at the Rio Arena in Barra and watched Teams China and Japan roundly beat Italy and Cameroon, respectively, in women’s volleyball at Maracanãzinho. (The crowd was decidedly in support of the losing teams.) Although I was disappointed to witness a sudden wind storm scratch Sunday’s rowing competitions on the Lagoa Rodrigo de Freitas, the setting was a pure picture postcard of a Rio known the world over. Engenho de Dentro is on the agenda for Friday morning, and I just purchased tickets to Thursday’s canoeing and kayaking in Deodoro. By week’s end, I will have stitched together a more expansive geography of Olympic Rio.

Thus far, we have traveled around on a familiar mix of bus, metro, taxi, and private car (hello Uber!). There’s been a sense of comfort with the streets and tunnels of my movement. I have tried to map Rio Antigo onto modern Rio. The recent wholesale reorganization of municipal bus lines has not squelched an obsessive urge to recall former routes and itineraries. A ride along the Aterro do Flamengo’s stunning combination of speed and beauty is still a thrilling journey through two centuries of urban evolution along Guanabara Bay.

But there’s been something new and disruptive to these travels through an Olympic City that appears ever bigger and larger. The 90-minute trip to Barra involved a new metro line between Ipanema and Jardim Ocêanico, followed by a rapid bus to the Olympic Park. “Where are we?,” I wondered aloud. “Where do we go now?” A evening stroll along the Boulevard Olímpico, in the renovated port region, revealed a once-prohibited streetscape liberated from a soul-destroying elevated freeway. The long-forgotten enchantment of Av. Rio Branco returned with a ride on the new light rail line. For me and my fellow passengers, including Cariocas who quizzically asked where to get off or how to use a transit pass, these travels afforded the opportunity to re-discover a familiar city in unfamiliar ways. (Whereas the revelation of the bay shore has been especially striking for a historian working on the nineteenth-century slave trade, the specialist of Belle Époque Rio will be struck by the restored rights to walk downtown streets without fear of being flattened by a truck.)

In combination with new signage and crowd control barriers, a legion of uniformed Olympic volunteers, ticket booth vendors, transit police, and Força Nacional soldiers impose a certain order and discipline to these itineraries of discovery. Nonetheless the trips from my hosts’ apartment in Laranjeiras to the competition venues to meals at Largo do Machado, Vila Isabel, and Botafogo have enabled an unscripted opportunity to grasp a cityscape upended by massive urban reforms and new means of urban mobility. With new eyes, we see a city that was already there, and one in the making. These travels show a metropolis 450 years in the making whose sites of historicity, cosmopolitanness, and Carioca-ness cannot solely be reduced to comparisons with my provincial circuit along MetrôRio’s Linha 1, from Tijuca to Ipanema. Olympic Rio is a city much bigger and more varied than any of us can grasp all at once.

A protest sticker found by the author

Yet the rights and delights of this Olympic flâneur have already unmasked the unfulfilled promise of a unifying Games of Inclusion. The impressive vastness of the Olympic Park in Barra makes known a larger truth of a city of physical separations and environmental injustices. Across long elevated walkways, tall iron fencing, wide streets turned over to automobiles, and sewage-choked canals, the Park and nearby Olympic Village isolate the Olympic City from the rest of the Zona Oeste. They exclude city residents without the proper means to get there in the first place. The destruction of the Vila Autodrómo, immediately adjacent to the Park, figures into the larger narrative of removals that have opened up spaces for competition venues, transportation corridors, public arts, high-end residential towers, and places of consumerist sociability.

Exclusionary urban renewal is hardly new to Rio. A more inclusive Olympiad would have still left behind a human landscape of social difference, layered upon the landscape of earlier reforms. I wonder if it’s even fair to measure inclusion at the Olympic Park and its highly specialized rules written by sporting federations, security officials, global media conglomerates, and corporate licensing. Perhaps the measure of the Games’ in/ex-clusivity is the way that Cariocas and Rio scholars will be drawing their own cartographies of the Big City once the Games conclude. For the present, we continue our itineraries of discovery in the Olympic City, both scripted and unplanned.

Learn more about The Marvelous City by reading The Rio de Janeiro Reader . Buy a copy now and save 30% with coupon code E15RIO or purchase an e-book from one of our partners.

In honor of the start of the 2012 Olympics tonight, we offer you a selection of our favorite sports books.

This subtly funny video, "What Cricket Looks Like to Americans," is going around today in honor of the Olympic's UK hosts. If Americans really want to understand cricket, both the game and its cultural context, they must read C.L.R. James's classic Beyond a Boundary, originally published in 1963. Writing in The Nation, Mark Naison called it, “a book of remarkable richness and force, which vastly expands our understanding of sports as an element of popular culture in the Western and colonial world.”

Many of the athletes competing in the games will be truly transnational citizens,

playing on a team in one country, while trying for Olympic glory under the different flag of their birth. Sports like soccer, baseball, and golf have tremendous global appeal. Rachael Miyung Joo's book Transnational Sport: Gender, Media, and Global Korea looks in particular at Korean athletes and events and explores how global sport has helped shape what it means to be Korean.

The journal SAQ has published two special issues in which scholars take sports seriously. In Real Sports, scholars who are also fans write on boxing, baseball, sports radio, and father-son bonding. And in The Pleasure Principle, contributors explore the issue of sports as a form of pleasure, from the thrill of the World Cup to the hype of the Super Bowl, sport represents a singular source of social belonging and communal enjoyment—sometimes as intense as religious faith.

Finally, don't forget to read, or re-read, our previous post on anthropologist Katrina Karkazis's research on the controversial new form of sex testing of female athletes at the Olympics. Enjoy the games! 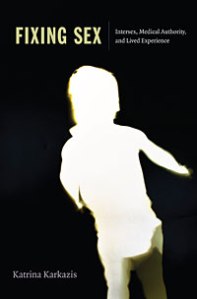 Scholars Katrina Karkazis, author of Fixing Sex, and Rebecca Jordan-Young assert that new sex testing of female Olympic athletes is unfair and scientifically baseless. In a paper published last week in the American Journal of Bioethics, Karkazis and Jordan-Young say the policy could "create gender witch hunts." The International Olympic Committee initiated the new tests for testosterone levels in women in the wake of South African 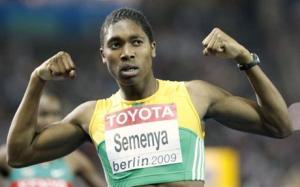 runner Caster Semenya’s gotional Olympic Committee initiated tld-medal performance in the 800 metres at the 2009 world championships. But Karkazis and Jordan-Young think the tests feed into larger problems with gender identity in sport. Writing in today's New York Times, they argue that, " Policing women’s testosterone would exacerbate one of the ugliest tendencies in women’s sports today: the name-calling and the insinuations that an athlete is “too masculine,” or worse, that she is a man." In a piece in Anthropology News, they write that high testosterone levels do not guarantee a woman will outperform her peers; rather they assure she will "look masculine," and thus cause suspicion about her sex. They conclude that "the idea that the presence of women with hyperandrogenism is athletically rather than culturally threatening to other women athletes doesn’t hold up. In the process, what we get is extraordinary scrutiny of women who fail to conform to gender norms, which is hardly a step toward fairness for female athletes." To hear more about the research, listen to a podcast with Katrina Karkazis and check out her book for a thorough discussion of the medical and social issues surrounding children born intersex.