We will miss meeting with authors, editors, and friends of the Press in person at the Modern Language Association annual conference, but we look forward to connecting with you all virtually. Until February 28, save 40% on books and journal issues with coupon code MLA22 when you order on our website. Customers in the UK and Europe can order books with this code from our UK partner, Combined Academic Publishers.

Registered attendees can find our listing on the conference website. For all of our newest titles in literature and literary studies, see below for our digital catalog. And browse all books and journals in literary studies here.

Senior Executive Editor Ken Wissoker will be a virtual presenter on the panel, “Getting Your Book Published,” Friday, 7 January at 12:00pm EST in the Marriott Marquis, Mount Vernon Square.

DUP author Elizabeth McHenry will be presenting on her new book in the panel, “Unsettled Genealogies of Black Writing: Elizabeth McHenry’s To Make Negro Literature,” Saturday, 8 January at 3:30pm EST in the Mint Room of the Marriott Marquis.

And you can find other authors on many panels around the conference!

If you were hoping to connect with Courtney Berger, Ken Wissoker, or one of our other editors about your book project at the Modern Language Association annual conference, please reach out by email. See our editors’ specialties and contact information here and our online submissions guidelines and submission portal here. 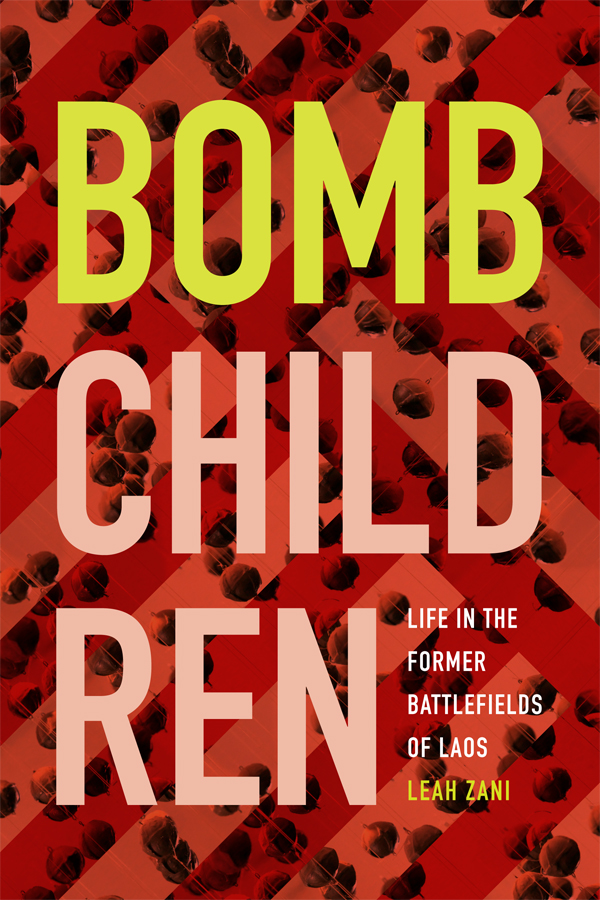 It’s currently National Poetry Month, so we are offering a poem each Monday throughout April. Today’s poem is from Leah Zani’s forthcoming book, Bomb Children. Joshua O. Reno, author of Waste Away: Working and Living with a North American Landfill says “Bomb Children is nothing short of breathtaking. Leah Zani presents little-known and incredibly important material on the everyday aftermath of the Secret War for the people of Laos. Her topic is not only ethnographically underexplored, but has been deliberately concealed by the U.S. government for decades. In Zani’s hands, fieldwork becomes a flexible toolkit, selectively and strategically deployed to grasp the object of military wasting in a revealing and ethically responsible way.” 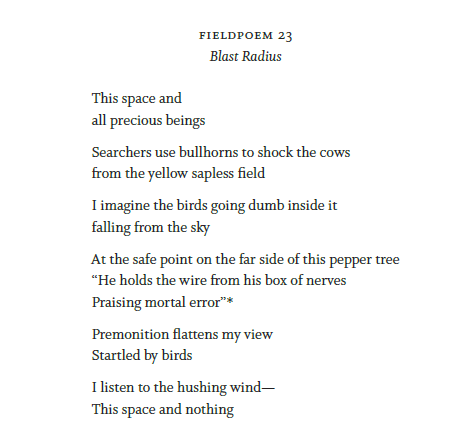 Leah Zani is a Junior Fellow in the Social Science Research Network at University of California, Irvine. Bomb Children will be published in August.

Our other highlighted poems can be read here.

April is National Poetry Month, so we are offering a poem each Monday for the next four weeks. Today’s poem is from Rafael Campo’s latest book, Comfort Measures Only: New and Selected Poems, 1994-2016. Campo, a physician, writes from his work and life experience with great empathy. Martin Espada says, “The luminous language and the luminous vision offer proof that poetry, too, is a healing art, that storytelling is medicinal. In these times, we need poets of eloquent empathy more than ever, and there is no poet more eloquent or empathetic than Rafael Campo.”

My parents gripe about their health. I think
about when I was young, and tried to force
from them an explanation of — what else
could it have been, but death? Back then, the ink

that clotted in my mother’s brush was black
as my ungrateful, doubting soul; my father’s
huge plush armchair, tilted slightly back, offered
what seemed eternal rest. Their talk is bleak,

their diverticulosis like a pit
that swallows them, their heart disease an ache
these old emotions only aggravate.
I guess I look to them as giants yet,

immortals who know secrets I cannot.
My father, hard of hearing now, reclines
a little farther back; her face now lined
with years of pain, my mother jabs at knots

of garish sunflowers, pretending we
might yet avoid the conversations that
have made their marks on us. Not what I thought —
past death, at last, dreams keep us perfectly.

Rafael Campo is the author of six books of poetry with Duke University Press. He is Associate Professor of Medicine at Harvard Medical School.

Today’s poem of the week for National Poetry Month is by Ariel Dorfman, a world-renowned author of fiction, poems, essays, and films in both Spanish and English. This poem is from his 2002 book, In Case of Fire in a Foreign Land. Always an eloquent voice against the ravages of inhumanity, Dorfman’s poems, like his acclaimed novels, continue to be a searing testimony of hope in the midst of despair. END_OF_DOCUMENT_TOKEN_TO_BE_REPLACED

Today’s poem of the week for National Poetry Month is by Rafael Campo, from his latest collection Alternative Medicine. Campo, who is also a physician, often writes about his work as a doctor or about his identity as a gay Cuban American. But in this poem, “The Thief,” he writes about being a poet.

The poet is a thief, and nothing more.
I started relatively small: I stole
a glance at you at first, and later on,

I stole a moment in your quiet gaze.
Before too long, I started stealing more.
I stole an image from your library,

a standard form that could belong to me
as much as anyone. The poet is
a thief, and nothing more. I stole your heart,

and spilled a bit of it as I rushed out
the door; I stole a definition of
what some might say is poetry itself.

The poet is a thief, an awful bore.
I started getting more audacious. Steeled
to anyone but you, I took what things

I could. I stuffed my pockets with your shame,
I robbed you of your self-esteem. I stole
the smoke from your lit cigarette. I stole

your first uncertain kiss, I stole whole lives
that neither one of us could ever live.
I stole a car, I stole policemen too,

I even stole your reputation. Soon,
I stole so much I couldn’t look at you.
I spilled some stolen tears; I spilled my guts,

but even my confession seemed untrue.
I’d stolen that pathetic gesture too.
The poet is a thief, a whore. I stole

some time with you while you still tried to write.
I knew what you were doing: stealing night,
unlocking secrets, taking all you could.

A common thief and nothing more: you thought
I pitied you. Instead, I saw the petty thief
that you are too, who almost stole the world.

Today’s poem of the week for National Poetry Month is by Renato Rosaldo, from his book of ethnographic poetry, The Day of Shelly’s Death: The Poetry and Ethnography of Death. This deeply moving collection focuses on the immediate aftermath of Renato’s wife Michelle (Shelly) Rosaldo’s sudden death on October 11, 1981, the day after she and her family had arrived in a northern Philippines village where Shelly and Renato were to conduct fieldwork. In free verse, Rosaldo explores not only his own experience of Shelly’s death but also the imagined perspectives of many others whose lives intersected with that tragic event and its immediate aftermath, from Shelly herself to the cliff from which she fell, from the two young boys who lost their mother to the strangers who carried and cared for them, from a tricycle taxi driver, to a soldier, to priests and nuns.

his name Renato, but nobody knows
my name, the back of a head behind the wheel.

the death certificate. This is not
just a piece of paper he says

My focus shrouds me
passengers trust my velocity
will be measured, my senses sure.

In my darkest hour of need
let there be a no-name
driver to transport me.

April is National Poetry Month, so this month on our blog we will offer you a poem from our small collection of poetry books each Thursday. Here in North Carolina, spring flowers are at their peak right now, so James Applewhite’s “Jonquils” from Selected Poems (2005) seems apt. For those still waiting for spring, we hope this cheers you!

At the ruined homestead in spring,
Where armatures of honeysuckle,
Baskets of weed-wire, sprawl over
Old rows, twine up fruit trees,
Where poison oak thicker than adders chokes about
Stones of a hearth—a broken altar—
The jonquils have risen. Their yellows gather
On sea-colored stems. The frilled bells
Face in all directions, with a scattering of general
Attention toward the sun: now gone, yet source
Of their butter, their gold, this lidded day—
As if sunlight broken in pieces were
Rising from the earth. Like
Bright women abandoned in the wilderness.

A post earlier this month by Publishers Weekly got us searching our office bookshelves this week to create some book spine poetry. Here are some of our creations.

The fragility of things

Singing for the dead

Writing in the air

How soon is now?

Revolution in the Andes

Here's a sad one:

Patients of the state

And finally, a slightly naughty poem:

Writing these was really fun. Feel free to send us your own!