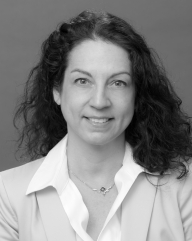 Today’s guest post is by Kristen Ghodsee, author, most recently, of Second World, Second Sex: Socialist Women’s Activism and Global Solidarity during the Cold War, out this month.

Four years before Kimberlé Williams Crenshaw’s seminal 1989 paper, “Demarginalizing the Intersection of Race and Sex: A Black Feminist Critique of Antidiscrimination Doctrine, Feminist Theory and Antiracist Politics,” African women were fighting to have a discussion of apartheid included on the program of the United Nations Third World Conference on Women to be held in Nairobi in the summer of 1985. Ever since the First World Conference on Women held in Mexico City a decade earlier, liberal feminists from the United States had insisted that a women’s conference should only discuss the status of women. Other topics not relevant to the promotion of gender equality, they argued, should be discussed (by the men) in the General Assembly. In response, women from Asia, Africa, and Latin America, together with their allies from the state socialist countries of Eastern Europe and Cuba, protested that a women’s conference should allow women the chance to speak about all global concerns, regardless of whether they were specifically “women’s issues.”

For their part, the Americans in the official delegation considered the discussion of topics like apartheid or the need for a New International Economic Order (NIEO) an unnecessary “politicization” of the meetings. Directives from the Department of State and the U.S. House of Representatives admonished the official American delegates to the women’s conferences to narrowly focus on “women’s issues.” In response, the women of the Second and Third Worlds argued that you could not separate “women’s issues” from issues of racism, colonialism, and neo-colonialism. What was the point, the African women asked, of discussing women’s rights in South Africa when the category of “woman” was so obviously divided by race? What was the point, the East European women queried, of discussing women’s rights in societies divided into classes of oppressors and oppressed? 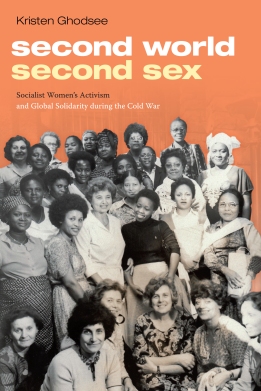 Although they did not have a name for their shared perspective, those women in the Global South and the state socialist East who believed that you could not discuss the issues of gender independently from issues of race and class were in fact promoting a kind of proto-intersectionality, one fiercely resisted by representatives from the First World countries. In Second World, Second Sex: Socialist Women’s Activism and Global Solidarity During the Cold War, I trace the important alliances between socialist and socialist-leaning women in Bulgaria and Zambia and their impacts on the shape of the global women’s movement during the United Nations International Women’s Year (1975) and the subsequent United Nations Decade for Women (1976-1985). I argue that the story of the international coalition of women who advocated for stronger states and larger social safety nets (supported by the public ownership of industry) is one that has been erased by the Western feminist historiography of this era. This political solidarity of non-Western women provided an important challenge to liberal feminism on the world stage, and in many respects, the Cold War competition between the West and the East/South over which economic system could best promote women’s rights proved an important catalyst for rapid social progress.

In her intellectual history of women and the United Nations, the Indian economist Devaki Jain lamented the loss of the Cold War context because with its demise she believed that women of the Global South lost their ability to forge paths independent of Western economic and political hegemony: “The fading out of the Cold War . . . removed a vital political umbrella that had sheltered the women of the South, given them a legitimacy to stake a claim for justice as part of the movements to address domination” (Jain 84). Jain clearly acknowledged the important role of the solidarity between women the state socialist East and women from the Global South: “The Socialist bloc had supported approaches that required a strong state, a thrust toward public provision of basic services, and a more equitable global economic program such as the New International Economic Order. It was often an ally of the newly liberated states as they attempted to forge coalitions . . . to negotiate with their former colonial masters” (Jain 103). The liberal feminists in the United States and Western Europe had access to financial resources that far exceeded those of the women’s activists in the rest of the world, but I argue that the rest of the world’s women forged coalitions that gave them strength in numbers.

Although there is no doubt that larger geopolitical concerns informed these ongoing relationships (the Eastern Bloc countries were always trying to score moral points against the United States and its allies), I argue that the women affiliated with this global leftist women’s movement truly believed in the idea of proto-intersectionality and that issues of gender equality could not (and should not) ever be separated from the larger political contexts within which women lived. The records of the debates at the United Nations as well as countless international publications produced and circulated during the International Women’s Year and the International Women’s Decade clearly show us today that non-Western socialist women were intersectional ­­– before it was cool.

Kristen Ghodsee is Professor of Russian and East European Studies at the University of Pennsylvania.  She is the author of five books with Duke University Press. You can save 30% on her most recent title, Second World, Second Sex, on our website using coupon code E19SWSS.