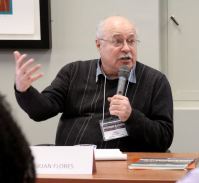 We were sad to learn of the death this week of scholar Juan Flores. Flores was Professor of Social and Cultural Analysis at NYU and co-founder and chair of the afrolatin@ forum. He was co-editor (with his wife Miriam Jiménez Román ) of The Afro-Latin@ Reader: History and Culture in the United States. The widely-praised collection is a kaleidoscopic view of Black Latin@s in the United States, addressing history, music, gender, class, and media representations in more than sixty selections, including essays, memoirs, journalism, poetry, and interviews. Flores was also translator and editor of Cortijo’s Wake / El entierro de Cortijo (2004), a  bilingual edition of a renowned work of Puerto Rican literature by Edgardo Rodríguez Juliá.

Duke University Press Editorial Director Ken Wissoker says it’s hard to imagine Flores is gone. “He pioneered latino/a cultural studies, bringing together his knowledge and love of music, his deep engagements with Nuyorican and Puerto Rican lives, and his sense of how all this fit into a transnational picture of race, class, and culture,” says Wissoker. “He was engaged in so many projects — the biography of salsa legend Eddie Palmieri, the creation of Afro-Latin@ work as a field. His warmth, humor, and clear intelligence made him a model intellectual. He will be greatly missed.”

Our thoughts go out to Miriam Jiménez Román, also a Duke University Press author, and their entire family. 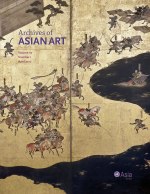